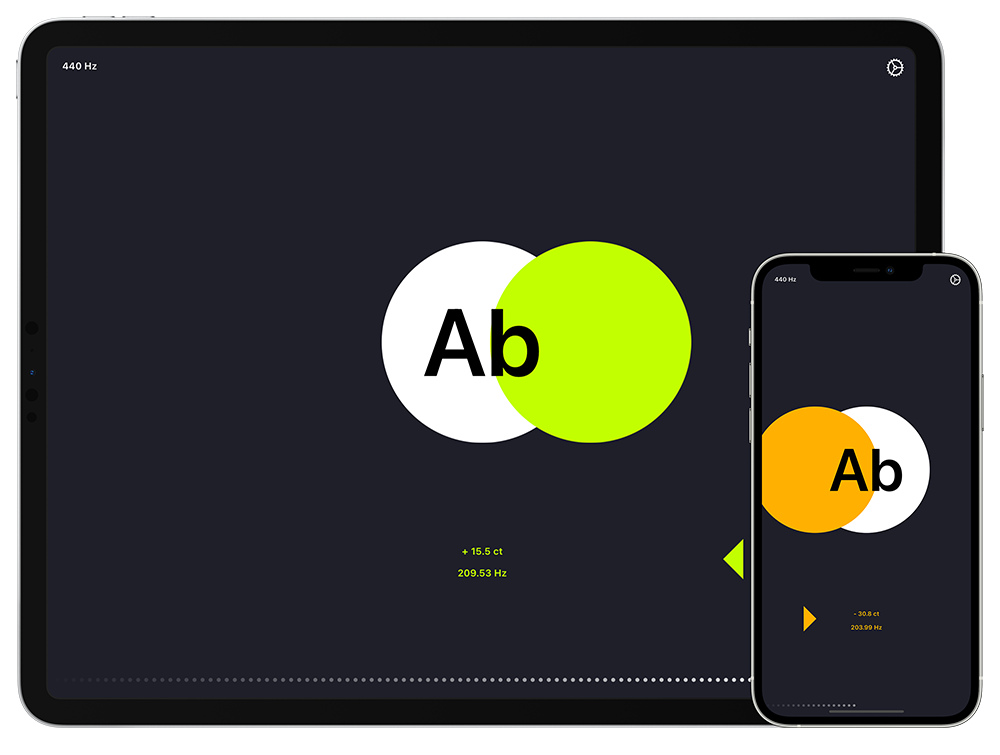 A precise chromatic tuner for iPhone and iPad that looks like the moon and makes tuning your guitar super easy!

Another tuner app - great! I had a guitar tuner on my phone since iOS 3 that worked ok. It was not updated and looked a little bit ugly after the screen sizes changed multiple times, but it worked and I think it was even free at the time I loaded it. After updating my phone, the app was gone from my phone, probably not supported anymore. So no problem, there are probably thousands of great apps on the store, right - Pustekuchen (as germans say). The Appstore has changed a lot, and there is a lot scam going on. Basically all successful apps are free and try to sell you a subscription after three days, and for some reason (read: money) Apple pushes these apps in their recommendations. Those subscriptions cost about four times than your Netflix subscription, for tuning your guitar, or scanning a document etc. Nobody in their right mind would pay that, still the apps have good ratings, unless you switch the sorting to negative first. Then there are tons of ratings like “don’t buy, scam!”, “rip off” etc. Must be really easy to buy ratings.

Because for my other app I was looking into app development again, I thought a tuner is a good way to check everything out after about 5 year hiatus doing web stuff. The aim was a tuner that does not collect data, does not sell you a subscription, has no surprises of stuff not working unless you pay more money, no trashy ads, and - most importantly - one that works!

So if you are looking for something like that, check out LunaTuna!

The Circle at Airport Zurich