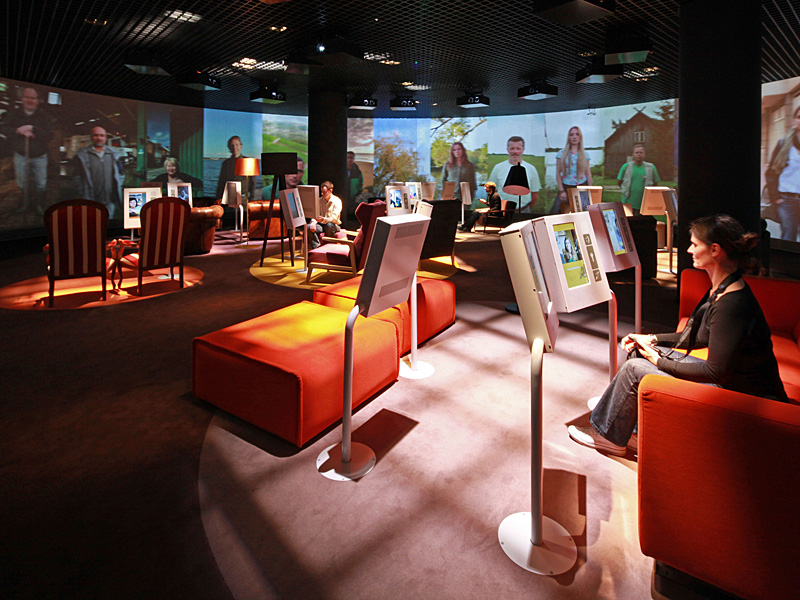 The last two years I spent much time working for the new visitor center of the european parliament, called “Parlamentarium”. It just opened, is free to visit and if you are in Brussels and interested in interactive media it is a good idea to go there! If you are interested in politics you can go there, too…

There were several companies working at this project. While I was responisble for some of the touchscreen apps working at Markenfilm Crossing, who did also the filming, the hardware was delivered by Electrosonic from London, the multimedia guides by “Nous”, and the architecture by Atelier Bruckner. (Credits first…)

The aim was to make the apps as interactive as possible so that the visitors can be part of the exhibition instead of just get the information in one direction. So, like on todays smartphones, the visitors at the stations should be able to swipe, slide and drag content, play games, watch videos in one of the 23 languages the exhibition provides.

Here is the screen capture (walkthrough ;)) of a game especially for kids. They have to lead the representatives to their seats. At that time, the touch devices installed where far away from iPads regarding precision..

When visiting the exhibition you first get a guide which is a tuned iPod touch, that holds a chip that has your language code on it. The guide gives you useful information at the different stations. At many stations you can use your guide to trigger the station and then you can use it in your native language. Videos are then either subbed or have a seperate audio channel in your language. There is extra content for kids or visually or hearing impaired people. At two stations there are braille lines and a screen reader so that also visually impaired people can also use the stations.

It was a really big project and it was nice to see the apps in action in the end when it was ready.

And because pictures say more than words (and what does that mean for videos), here are some videos

The Circle at Airport Zurich